The Beechwood Organization is proposing to build 385 townhomes and villas on Long Island’s North Shore.

The Jericho-based developer applied for a zoning change for its Suffolk County development, Newsday reported. The site is in Huntington on the northeast corner of Jericho Turnpike and Manor Road.

Beechwood wants to create a 55-and-older community on the 55-acre parcel, including a clubhouse, swimming pool and tennis court. It would be called Country Pointe Elwood, in line with the nomenclature of other Beechwood developments on Long Island.

The land is owned by Great Neck-based developer Kouros “Kris” Torkan, president of Syndicated Ventures. In 2018, Torkan withdrew plans to build an $80 million shopping center and library there amid backlash from the community. 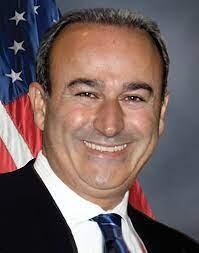 A deal is in place to sell the land to Beechwood for an undisclosed sum if the project is approved. Beechwood is not seeking IDA benefits for the project, but appears willing to shrink it as needed to get the rezoning, as is often the case in suburbia.

Steven Dubb, a principal at the firm, referred to the application as a “starting point,” telling Newsday, “We do not ever try to ram a plan down a community’s throat. Our approach is always to work collaboratively with the community.”

Michael and Steven Dubb’s firm has become one of the more visible developers on Long Island in recent years. It plans to build 26 single-family homes in Westhampton Beach, a majority of which will be part of a single development close to the village’s LIRR station.

Prices for the Westhampton Beach homes will range from $2.7 million to $3.6 million.

Proposals for age-restricted communities do not produce the same level of fear about traffic, school overcrowding and crime that plans for apartment complexes do in areas dominated by single-family housing.

Last year, Hauppauge residents voted against a proposal to sell the Whiporwil School property to the developer. The vote virtually ended Beechwood’s plan to build 128 luxury senior condos at the site of the long-shuttered school.